Fat Daddy’s Smokehouse is your average hole-in-the-wall dive bar and grill. That is, it’s neither here nor there; not the best but not the worst place either. Surprisingly, Fat Daddy’s has managed to be around for quite a few years in Hawaiian time. How, I’m not sure. Maybe because average is considered good for a restaurant in Kihei?

The food is not awful. I most recently had two of their sandwiches – the pulled pork and brisket sandwiches – in which the meat itself was well prepared. The buns are decent, too, but both sandwiches lacked BBQ sauce. Kinda disappointing for a BBQ joint. I’ve had worse but have also had better.

The drink selection is standard as far as cocktails go though I feel the beer menu is unforgivingly short. That’s me, though, someone who feels that only 3 microbrews on the menu just isn’t enough. I will say that I have never had a bad Mai Tai here, though.

Service, like everything else, was standard. The waitress was nice enough and the food came within a decent amount of time. Overall, I found Fat Daddy’s very, meh, shall we say. At least you won’t pay above-average prices here. 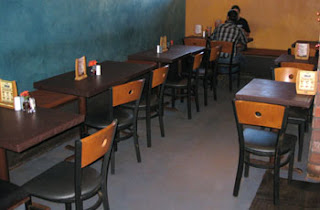 DIRECTIONS: Located at 1913 South Kihei Road but is really on Keala Place adjacent to Foodland and across the street from Kalama Beach Park.
Posted by haoleinmaui at 2:24 PM No comments:


Kalama Beach Park in northern South Kihei, Maui is one of my least favorite places on the island. It’s not because the areastinks for swimming and snorkeling due to the extended shallow, murky, rocky seabed but because the area literally stinks (due to algae blooms and sewage in the area). Even though this park is very popular for kayakers, paddleboarders and beginning surfers, I think the place is awful for water sports as I can’t imagine falling off your board and the water hardly padding you before you hit bottom. Plus, there really isn’t much in the way of a sandy beach here. There is a tiny bit at the south end but that’s as good as it gets; the rest of the shoreline is almost all boulders.

What you’re left with are 30-plus acres of beach park marked by a very large whale sculpture. Assuming you can stand the smell, there are baseball fields, soccer fields, a skate park, basketball courts, tennis courts, a volleyball net that is always in use, and plenty of pavilions. There are restrooms and showers, too. There is even a concrete path that runs the length of the water that is popular with joggers. Plenty of benches along the path for sunset viewing, too, though at this end of Kihei, you’re hardly in a good spot for those sunsets. Oh, did I forget to mention there was a shark attack in this area in late November 2012? Yeah, these attacks happen but given the water conditions at Kalama, I’m surprised it doesn’t happen more often here.

I give Kalama Beach Park 2 out of 5 stars for its activities, being close to the Farmer's Market, and the fact that it’s still in Maui. That’s not really an endorsement, though.

DIRECTIONS: On South Kihei Road across from Foodland supermarket, just south of Shaka Pizza. Parking is on the beach side of the road. Look for the big whale sculpture and you're in the right place.
Posted by haoleinmaui at 12:29 PM 1 comment:


Kamaole Beach in South Kihei is actually three beaches separated by rocky points. Kamaole Beach I – the northern most beach – is the best of the three, given its length and width. Kam I is also the best of the three beaches for snorkeling where either end is good though the northern point is slightly better in terms of coral. To be frank, though, I generally do not like snorkeling the northern end of the beach (which is also known as Charley Young Beach for reasons I don’t understand since it’s technically the same beach…). That is because locals often fish from the rocky area on the north end of the beach and I get nervous about getting caught in their lines. Although I’ve never heard of that happening, I’d just a soon not be their first human catch-of-the-day. Kam I has a parking lot right off the road on the beach side but this parking lot is small and fills up quickly. Chances are you’ll either have to park on the street or in the dirt patch across the road. Either way, you’re still very close to the beach. And, if you get hungry or need a drink, there is an ABC store right (convenience store) across the road at the Chevron gas station.

Kam II is a different story. It’s much shorter than either Kam I (but still bigger than Kam III) and doesn’t have any personality in my opinion. The rocky point on the south side of the beach is still good for snorkeling but that I think is all Kam II has going for it. That and Fred’s restaurant/Moose McGillycuddy’s bar is right across the road, if that can be considered a good thing. There is no parking here other than road side parking.

Kam III is okay but this less protected beach (due to the less pointy rocky ends) makes it prone to stronger currents than its companion beaches. As such, it’s not as good for snorkeling but is better for boogie boarding when the surf is a little up. Kam III is instead defined by its large lawn towards its south end, making it a good place for a picnic or to toss a ball or Frisbee around. It’s not uncommon to see locals holding huge birthday parties here. On weekends, you’ll almost always see a bouncy castle for the kids here, as well as the Maui “wrestling club” wrestling early in the morning, and a prayer service on Sunday mornings. [I admit I have always secretly wanted to get in on the wrestling action but am rightly afraid the locals will kick my ass with prejudice. For me then, the prayer service should be held before the wrestling group meets.] As with Kam II, there is only road side parking here.

What I like about the Kam beaches collectively is that because it’s all vacation rentals and locals in this area, you don’t get the snootiness that sometimes rears its head down in Wailea. The Kam beaches are also better for sunsets than the Wailea area beaches since you get a better look at Molokini due to the angle of these beaches and you get a better look at whales during whale season from the Kams. Although all three beaches are very close to the road, you rarely hear the traffic. When you do, it’s usually because you’re at Kam II.

All three Kamaole beaches have lifeguards and bathroom facilities.

DIRECTIONS: Right off South Kihei Road between the Chervon gas station and the Kihei Boat Ramp. Can’t miss ‘em.
Posted by haoleinmaui at 2:25 PM No comments:


Coffee, how do I love thee? Far too much. That’s why I only drink it once a week and when I do, it’s almost always Honolua Coffee Company’s coffee. There’s no two ways about it; Honolua Coffee Company at the Shops at Wailea has the best coffee in South Maui and probably the island of Maui. (The only other business in Maui that comes close to good coffee is Anthony’s Coffee Company in Paia, where Paia will be the subject of another blog here shortly.)

Now, if you’ve done any research on coffee in Maui and read bad reviews about Honolua Coffee Company on TripAdvisor or Yelp, I believe those bad reviews are generated either by competitors, people too familiar with Starbucks sugary and burnt coffee, or people who are just plain impatient. Or all of the above. The fact is that this company gets it right consistently. Sure, sometimes when there is a long line they get backed up and your drink takes some time, but ‘dis ain’t da mainland, brah; ‘Island Time’ is no joke and this small operation doesn’t have 2-3 baristas going full throttle because YOU have no patience. Sorry, pet peeve of mine there. Both their hot drinks and cold drinks are always done to perfection, never burnt, and not overly sugary or chocolaty like you get in most coffee shops. And, the majority of the time the service is cheery, though there is one cashier some mornings who looks like she could care less to be there. Still, she does her job and the job here is coffee, so I always forgive her. 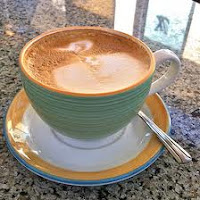 A few other things: I also love the pastries here, especially the cinnamon bun. Usually you don’t get what you pay for food wise in Hawaii, but this is one large chunk of bread. Seriously, where do they get this thing? Eating it always makes me feel guilty to the point I wind up trying to run it off later in the day. Also, the employees DO NOT like it if you are on your cell phone when trying to order and I don’t blame them. They want to get your order straight and you being on your phone doesn’t help. In fact, it’s rude on your part. And no, your defense is not “that’s just the world we live in now.” Besides, this place is the only place to get coffee in Wailea unless you want Starbucks from your hotel’s “café” so deal with it. I'm going to Honolua Coffee Company.

Sorry for sounding like I was on a high horse here. It’s the coffee talking :) 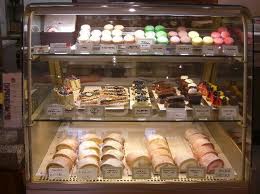 Posted by haoleinmaui at 12:06 PM No comments: