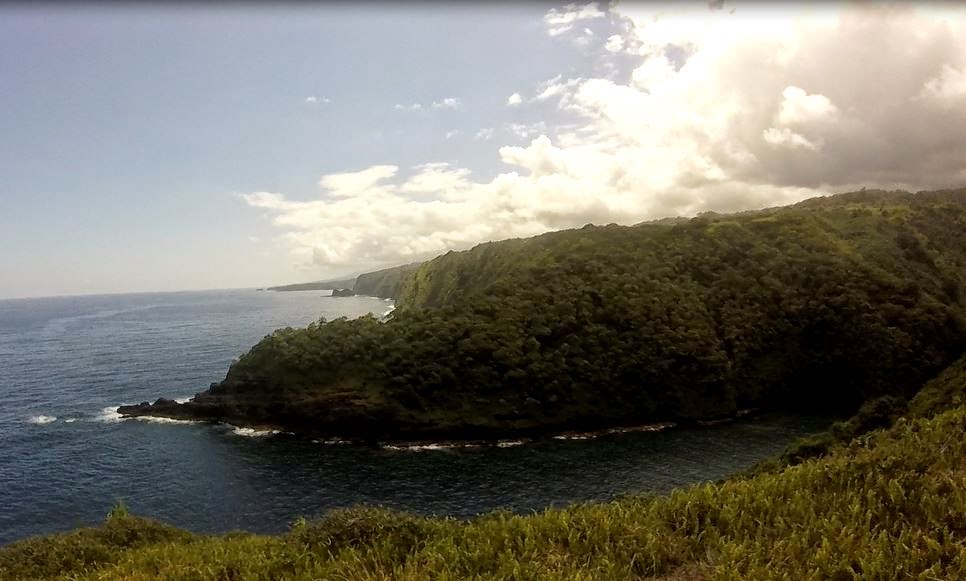 My buddy and I went on a hike the other day that was quite enjoyable. I could tell you where it is but given the recent crackdown on hikers in Hawaii lately*, the most I can tell you is that it is along Hana Highway between mile markers 1 and 40 and may or may not be end at O’Opuola Point. It is a place apparently only locals know or will tell you the location of when they are plied with enough alcohol and pizza. I’ve heard of it referred to as the “Huka to the Puka” hike and “Puka Hike” but since there is virtually no info on this besides some Youtube videos, the designation is clearly made up, no doubt named by stoners who got lost in these parts. (The resulting trail was worn by their attempts to get back to Hana Highway, which they would have easily found had they headed in the opposite direction from the ocean. That’s my guess.)

[* “Too many” hikers are getting hurt or dying on hikes on private and government land, thus prompting law enforcement to act. Nevermind that way more people die just driving around here, or get bit by a shark, or die swimming/snorkeling, or get hurt stepping on sea urchins. Nevermind there is inherent risk every time you leave your house. Go after the hikers. That’ll teach everyone!]

At any rate, the trailhead – marked by any one of a million nondescript gates in the area – takes you through about 20 minutes of low lying jungle branches before opening up to a view of a rocky outcropping and a small rocky beach in a valley below to your right. There is a spur trail that apparently leads down to that beach, but

my buddy and I did not explore it this day. (You can’t see that beach in my video here, but it’s there.) As we neared the rocky outcropping, the terrain gets steeper and ropes are involved. The rope work here makes the Chutes and Ladders rope climb look like child’s play and if you don’t have decent upper body strength, climbing back out – especially near the bottom near the exposed lava rocks – is going to be a minor headache. (The ropes, mind you, are exposed to the elements out this way and are a bit rough on the hands, so you might want to take gloves.) Fortunately, it was dry this day and the ground cooperated. Frankly, I cannot see doing this hike in wet conditions due to the steepness of some of the trail and many exposed plant roots, to say nothing of dealing with wet rocks if you’re not wearing water shoes. I was not this go ‘round.

When we got to the bottom, we worked our way towards the left and around the corner to a sea cave. If the

surf is not up, you can swim across the ‘channel’ to the other side. I have seen a video in which some young men swam into the cave and were jumping off the rock therein and, no surprise, someone had to be medi-choppered out. Don’t be stupid; respect the ocean or something will go wrong. If you do elect to swim across the ‘channel,’ there are olivine pools and a very cool lava archway around the bend to the left. There is another beach you can see from the archway, but it doesn’t look as inviting as the first one I mentioned.

Having gone early, my buddy and I had the place all to ourselves though on the hike out we did run into some more people, evidence of the trail’s growing popularity. I hope they had fun and no one got hurt. And remember, pack it in, pack it out. Respect the land. Aloha. 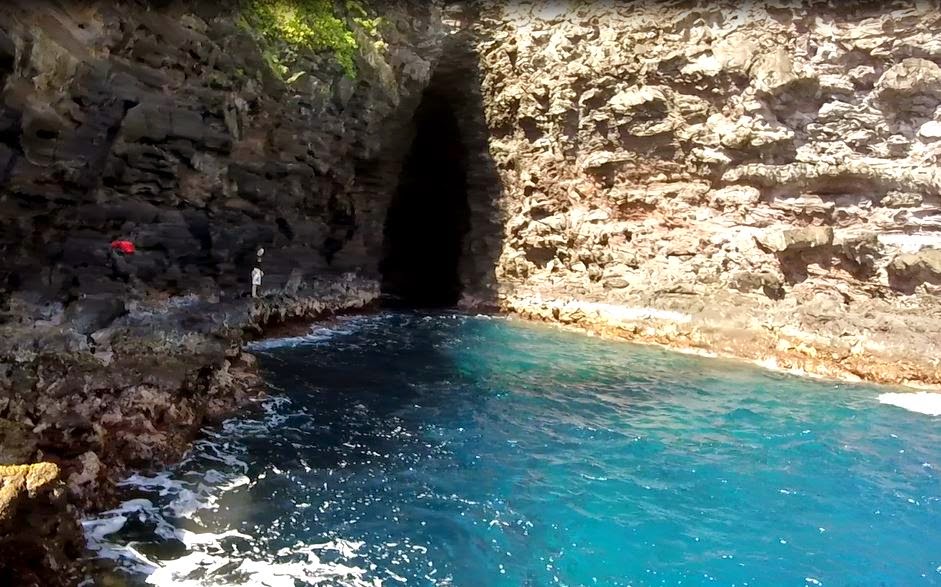 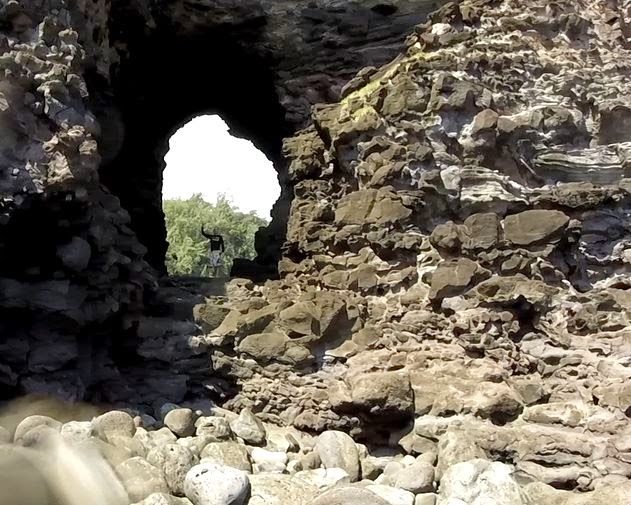 Posted by haoleinmaui at 1:49 PM 3 comments: